See YouTube clip on a short documentary on the Queens Service Medal Investiture of Alan Watson at Government House Wellington on 22nd May 2015 and the history of the New Zealand Royal Honours. 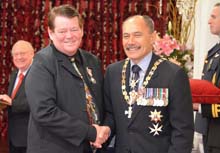 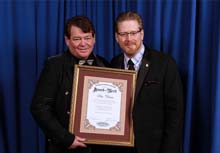 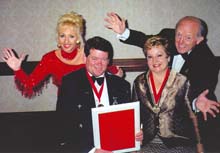 Alan and Michele Watson were recognized internationally by the
J. Marberger Stuart Foundation Inc. in 2002.

The DRAGON Award was presented before an audience of more than 1,400 magicians at the 100th year anniversary of the Society of American Magicians in New York.